Living in Cologne- The Ultimate Guide 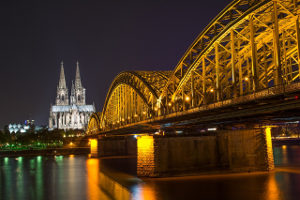 Welcome to Cologne, one of the most liberal and exciting cities in Europe. If you decided that you want to live in Cologne then you made the right decision.

Cologne is mainly famous for the Kölner Dom and especially for the Carneval.

If you haven’t heard of the Carneval in Cologne you probably need to ask your German friends and they will all tell you it is something you can’t describe.

Carneval in Cologne is something you need to experience yourself. But not only because of the Dom and carneval is Cologne one of the most visited cities in Germany.

There are countless cultural offerings including famous theaters and musicals. Believe us when we assure you that living in Cologne will never be boring. 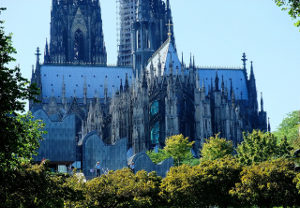 Some of the most famous neighborhoods in Cologne include the Innenstadt, Rodenkirchen or Ehrenfeld.

Which neighborhood suits you best will depend on what you are looking for.

Quality of life in Cologne

Cologne offers a fantastic quality of life for a city that big. You will also have no problems finding a job in Cologne, especially if you are interested in working in media. Many German television companies are based in Cologne.

Furthermore Cologne is a very clean and safe city. You can walk around at night without being afraid to be robbed or to run in any troubles.

If you been asking yourself if you should move to Cologne or not there is only one answer – Yes! Move to Cologne now and you won’t be disappointed.

The city has so much to offer while it is still quite affordable. Many young and talented artist give this city a special vibe. Make sure to be part of this and move to Cologne now.

Now that you know the basics about Cologne learn more about the neighborhoods in Cologne or about the top 10 things to eat.