Are you interested in which kind of sports the Germans love most?

Well you should be, as in our experience talking about sports is the easiest way to start a conversation with a German.

Of course Germans are know for their love of football, but you will be surprised how many other sports we like to practice and watch on TV.

So in order to strike an interesting conversation you should have the basic knowledge which is a quick explanation of the sport, the most famous german who practices that sport and which is the most memorable moment in history.

So without further ado let’s deepdive.

Football is without the slightest doubt THE most famous sport in Germany.

To give you a better idea about how massive the influence of football is here in Germany let’s have a look at the national football association called DFB – Deutscher Fussball Bund.

The DFB is with roughly 7 Mio members the single largest sports federation worldwide.

Comparing that with people living in Germany that means that roughly 10% of all Germans are in some direct way affiliated with the German football association.

The German football league is called Bundesliga and is one of the most famous and successful leagues in Europe.

Every weekend tens of thousands of fans support their favorite football team and cheer for them.

But also the German national team attracts a lot of fans, not only because of the win of the World Cup 2014 in Brazil.

So if you want to experience the Germans, who are known to be a bit stiff and cold, completely going wild then there is no better way than seeing a game in the stadium.

This is a tough one, as Germany has had many great footballers.

But probably the most famous German football star of all times would be Franz Beckenbauer.

He was very successful as a player and as a manager of the German Nationalmannschaft. Actually he is the only German footballer who won the worldcup both as player and as manager.

Germany has won the Worldcup already 4 times, making it the second most succesful nation after Brazil.

However one of these wins stands out, which is the win of the first ever Worldcup for Germany in 1954.

Less than 10 years after the end of World War 2 Germany beat in a legendary final the favoured team from Hungary with 3:2.

This game, that took place in Switzerland, is refered to as the Wunder von Bern (=the miracle of Bern). 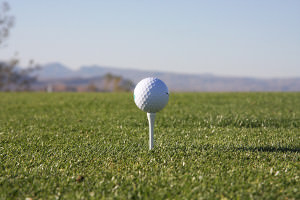 Unfortunately Golf still is a sport in Germany that only people with a lot of money seem to practice.

Most golf clubs require a membership or a substantial fee to let golfers on the course.

And even though right now we have a very successful German golfer, Martin Kaymer, German free TV does not show any golfing tournaments.

Probably Martin Kaymer is the most famous German golf player.

He is still playing on the PGA tour and was only the second German golf player to win a Major-tournament.

In 2011 he was even the top golf player worldwide for more than 8 weeks. What makes this even more impressive is the fact that he has been the second youngest ever top ranked golfer worldwide. 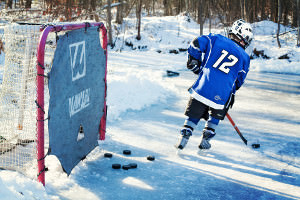 Many people say that there is no other sport in Germany where the fans in the stadium make more noise and party than at a ice hockey game.

Most major cities also have a ice hockey team in first league, so make sure to see if this rumor about the fantastic atmosphere is right for yourself.

The German icehockey league is considered one of the best leagues worldwide, but of course well behind the more famous American NHL.

Uwe Krupp is one of the few players that made their way succesfully to the NHL, the best ice hockey league worldwide.

In 1996 he and his team, Colorado Avalanche, even won the Stanley Cup.

Krupp also was the manager of the German National Ice Hockey Team and made it to the semi finals in 2010 at the World Cup Tournament.

Without doubt the biggest surprise in the history of German ice hockey was the win of the Silver Medal at the 2018 Winter Olympics.

Having beaten one of the best teams in the world, Canada, by 4:3 the German team lost in a dramatic final match against the Russian team with 3:4 after Overtime.

The German ice hockey team was later named the German sports team of the year 2018. 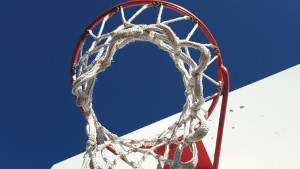 Thanks to Detlef Schrempf and especially Dirk Nowitzki, two very successful German basketball players in the NBA, Basketball is a very famous sport in Germany as well.

The German Basketball leaugue though is far from being the top one in Europe, but the atmosphere at one of the games is very emotional and definitely something you should try to check out.

As already mentioned Dirk Nowitzki is by far the most famous German basketball player.

After his Rookie season in 1998 he quickly became the best player on his team, the Dallas Mavericks.

Germans have not been the most succesful international basketball team unfortunately.

That makes the win of the European Championships in 1993 the more outstanding!

After some very close games, which the German team all won, it was time to face the Russian team.

And again the game was a close and dramatic one, with Germany beating the Russians with 71:70 and taking home the trophy for the first time ever. 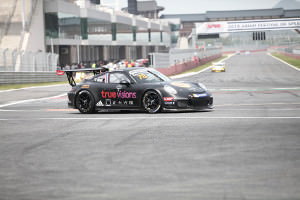 Michael Schumacher and Sebastian Vettel – These two fantastic racers were single handedly responsible for the big hype there was around Formula 1 back in the days.

Both Schumacher and Vettel were so successful drivers, that for years they dominated the sport and made millions of Germans very proud to watch the races on Sunday afternoons at home.

But now that Schumacher and Vettel are not World champions anymore, the Germans seemed to have lost some interest in Formula 1.

But hopefully this Formula 1 season we will see Vettel on top again so that the Germans will be more excited again.

This is a tough one, as both Michael Schumacher and Sebastian Vettel have been dominating this sport for years.

But if you have to pick one, we would definitely go for Michael Schumacher, as he broke almost all records in his long career.

Of all his wins during his long racing career it is safe to say the the 7th title for Michael Schumacher was something to remember forever.

No other Formula 1 driver in history has ever come close to this incredible record and the 2004 Season was dominated by Schumacher (with 12 wins in the first 13 races).

Handball is another famous sport in Germany.

Interestingly enough it seems that especially in smaller cities, where no major football team attracts the crowds, Handball is very famous and the teams from smaller cities are very successful.

Other than the German handball league, which is considered to be the best worldwide, the German national team seems give some very inconsistent performances.

Maybe if you look at his career statistics Stefan Kretzschmar is not the most successful German handball player.

But if you just look at him, tattoos all over & wild blond hair, you understand why he is still very popular in Germany.

In 2007 the German Handball national team won the World Cup for the 8th time.

However the team put on such a performance that the whole country seemed to be in a haze.

Needless to say that also the German Handball Team was named Team of the Year in 2007. 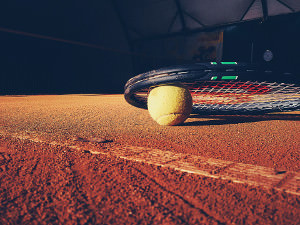 Boris Becker and Steffi Graf. Similar to our Formula 1 heroes, these two players were responsible for the big hype around tennis in the 90ies in Germany.

While Boris Becker was the youngest player to ever win the title at Wimbledon, Steffi Graf was on the top spot of female tennis players for years.

Nowadays tennis is still a very popular sport for Germans to practice, but the interest in watching it on TV has dropped significantly.

When you are the youngest ever player to win Wimbledon it is hard to not be the most famous German tennis player.

But Boris Becker also did his part off the tennis court to be remembered, most famously his “Besenkammer” dubbed episode with Angela Ermakowa, which lead to his failed marriage with Barbara Becker and to a daughter called Anna.

This is a really tough one and we leave the choice to you.

Our first memorable moment is Wimbeldon 1985 – The tournament that a completely unknown German player named Boris Becker won at the age of just 17 years.

And our second memorable moment is the German final in Wimbledon between Boris Becker and Michael Stich in 1991.

These were the Golden times of German tennis that haven’t come back until today. 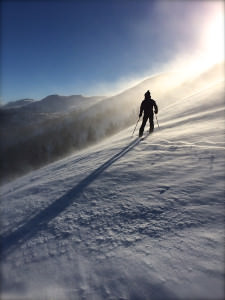 Similar to tennis, skiing is a sport that Germans love to practice themselves rather than watching it on TV.

Every winter the roads towards the Alps are blocked with people spending their winter holidays skiing in the Alps.

Germany has many top skiing destinations, which most of them are naturally in the Alps, the highest mountains in Germany.

A highlight for sure is taking the Zugspitzbahn to the top of the highest German mountain, die Zugspitze.

But if you are not in the South of Germany there are other skiing destinations like the Harz. But don’t expect too much, as the mountains there are max. around 1.000m high.

Even though Germans like their wintersport it seems like an eternity that we had a very successful German ski star.

But if you have to name one it would most definitely be Markus Wasmeier, who won both Gold medals for Giant Slalom and Super-G at the 1994 Winter Olympics in Lillehammer. Since then Germany is waiting for its next superstar.

Contrary to tennis or skiing, cycling is a sport that Germans used to love to watch on a Sunday afternoon on TV.

We honestly know not a single cyclist, who practices this as a serious sport.

But also cycling on TV has lost a lot of fans as the biggest German cyclist like Erik Zabel or Jan Ullrich both have been connected to doping in the past.

Well, it is very tough to admit that Jan Ullrich is the most famous German cyclist.

But other than having won the 1997 Tour de France he was also tested positive for using forbidden substances and therefore all his results from 2005 onwards got canceled. 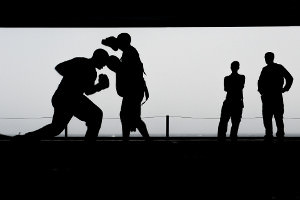 Each boxing event brought in thousands of people in the stadiums and millions of viewers in front of their TVs.

Even though the Golden times of Henry Maske are over, boxing nowaday still is a very popular sport in Germany thanks to the Klitschkos.

This is also a very though decision between Henry Maske and Max Schmeling.

But we will pick Henry Maske as he made boxing insanely famous during the 90s and is still know as the Gentleman thanks to his sportsmanship.

In 1930 the unknown Boxer Max Schmeling managed to win the vacant heavyweight title – by disqualification of his opponent.

This is until today the only time a boxer won a heavyweight title by disqualification, but who cares?

Or maybe you are already one step closer to moving to Germany and would like to know with which mobile phone provider or internet provider you should sign up with?